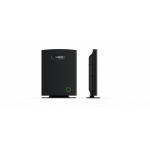 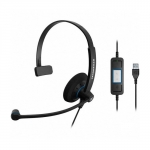 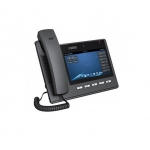 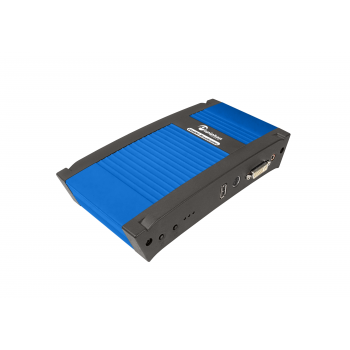 Epiphan VGADVI Broadcaster™ is a stand-alone appliance for streaming and/or recording video display and camera sources.

VGADVI Broadcaster captures an HD video source such as a computer monitor, RADAR display or ultrasound monitor as well as an SD video source such as a camera feed. VGADVI Broadcaster then streams these inputs as two synchronized time-stamped streams or one picture-in-picture stream. The streams can be viewed remotely in a multitude of ways, including through web browsers, media players, or mobile devices. A recording of the streams can also be made.

VGADVI Broadcaster is easy to setup and use, and works straight out of the box. It does not require the use of a computer or any additional equipment - simply power it on to start recording.

VGADVI Broadcaster captures an HD video source (up to 1920x1200) channel from a VGA/DVI/HDMI1 display or camera, in parallel with an analog S-Video/Composite (PAL, NTSC) SD video source channel and a stereo/mono audio source.

VGADVI Broadcaster encodes the input channels into a choice of standard formats:

CDNs, or Content Delivery Networks, are scalable services that allow the user to quickly and easily distribute content over the web to a wide variety of devices and in different formats. VGADVI Broadcaster provides multiple ways to share captured video with the world and has out-of-the-box support for CDN services such as StreamZilla and StreamGuys.

Epiphan Systems also provides its own free-of-charge CDN service - Epiphan.TV, on a trial basis to each VGADVI Broadcaster user.

VGADVI Broadcaster is a compact portable desktop recording solution that is 7.95"x4.13"x1.38" (202x105x35mm) in size. The buttons and connector interfaces are shown below.

Stream as 1 Channel or Independent Channels

VGADVI Broadcaster has a web-based file manager to view recorded files as shown below. Each file has a name and start time, end time and duration fields. Files are grouped by date and segmented by contiguous recording timelines. You can change file names, upload one, multiple or all files, delete one, multiple of all files.

1HDMI support limited to non copy protected content, and does not include digital audio source, but can record analog audio source 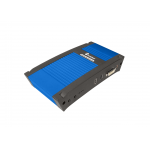